Parents using corporal punishment on their own children 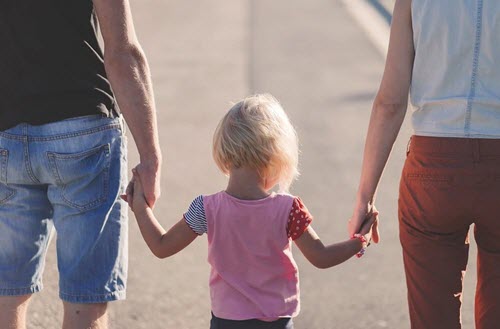 Yet, there are many countries where parents and other legal guardians are still legally permitted to apply corporal punishment to their children. According to Human Rights Watch, in 2014, approximately 90% of the world´s children lived in places where corporal punishment of children was legal.

One of the most recent countries to ban corporal punishment of children, even when administered by parents or other legal guardians, was Nepal, where the new law came into force in September 2018.

Hand spanking is a common form of corporal punishment in many parts of the world, especially when the punishee is a child and the punisher is a parent or school staff.

Hand spanking does not involve any object, such as a whip, rod, belt, or paddle.

The American Academy of Pediatrics (AAP) is against hand spanking, regardless of the child´s age.

Examples of organizations that have spoken out against corporal punishment of children, even when administered by a parent or other legal guardian

Article 19 of The United Nations Convention on the Rights of the Child:

1. States Parties shall take all appropriate legislative, administrative, social and educational measures to protect the child from all forms of physical or mental violence, injury or abuse, neglect or negligent treatment, maltreatment or exploitation, including sexual abuse, while in the care of parent(s), legal guardian(s) or any other person who has the care of the child.

2. Such protective measures should, as appropriate, include effective procedures for the establishment of social programmes to provide necessary support for the child and for those who have the care of the child, as well as for other forms of prevention and for identification, reporting, referral, investigation, treatment and follow-up of instances of child maltreatment described heretofore, and, as appropriate, for judicial involvement.